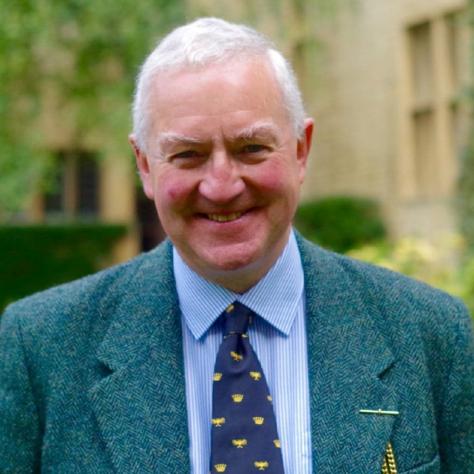 Senior Research Fellow in Renaissance and Baroque Studies and Curator of the Campion Hall Collection
peter.davidson@campion.ox.ac.uk

Peter Davidson was born in Scotland, brought up there and in Spain, and educated at the University of Cambridge where he studied literature and history of art. He further studied for an MA in comparative literature at York, and his PhD from Cambridge was published by OUP as “The Collected Poems and Translations of Sir Richard Fanshawe” (1997). He is a Fellow of the Society of Antiquaries of London.

He spent many years at the University of Aberdeen, as Professor of Renaissance Studies, teaching literature and art history, as well as having curatorial responsibility for the university's five hundred years of library and museum collections. Before that he taught at the Universities of Warwick and, like many Scots before him, at Leiden in the Netherlands.

Much of his work has concerned the cultural life of the Recusant Catholic Community and the achievements of the Society of Jesus, especially the monograph "The Universal Baroque", and the edition of the complete Verse of St Robert Southwell SJ in both English and Latin. His collaborative edition and translation of the illustrated description of the Wunderkammer of Athanasius Kircher at the Collegio Romano, which was published by St Omers Press/St Josephs University Press in 2015. He also has an identity as an original writer about landscape and the art : "The Idea of North" (2005), "Distance and Memory" (2013) and the cultural history of twilight "The Last of the Light," published in 2015.

He teaches in the English Faculty, and as a guest for History of Art in Oxford and is working on a major project to edit the complete surviving works of St Robert Southwell SJ for OUP. He is also attempting the reconstruction of a "lost" illustrated book from Grand Tour Rome, the treatise on the Etruscans by the exiled Scottish Catholic "virtuoso" James Byres of Tonley.